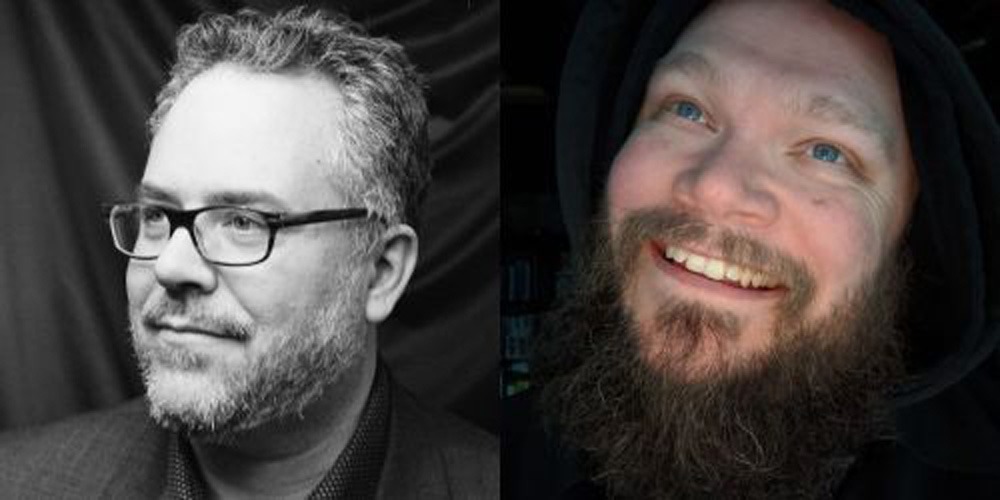 Purposefully Misleading Ingredients (Eric Weiden and Trent Wilkie) present An Evening of Music and Ideas. Weiden will play trumpet over music that he has pre-composed, while Wilkie has prepared a tickle trunk of Ideas. Together, they will walk you through a crafted thematic journey full of tasty trumpet licks and interactive humour.

Trent Wilkie is a writer/performer in Edmonton. Trent has written for CBC Radio, Fangoria Magazine, Edmonton Sun, Exclaim Magazine, Fort Sask Record, Theatre Network, The Edmonton Fringe, and is currently pouring his heart and soul into his award-winning blog The UnDad. As well, Trent has also been a wilderness canoe guide for over 10 years which he now considers therapy. Trent is also a member of The Regretzky Entertainment Group/ Mostly Water Theatre, a sketch comedy troupe, and has performed in a bevy of Edmonton International Fringe Festivals to varying degrees of success. When taking time off from trying not to be boring, Trent likes to relax while watching horror movies and trying to write the perfect three chord song.

Trumpeter Eric Weiden has enjoyed performing all across Western Canada leading small group jazz as well as performing with various big bands, including Vancouver Legacy Jazz Orchestra; Calgary Jazz Orchestra; and, the Yardbird Suite Jazz Orchestra in Edmonton. He has also performed and/or recorded as a horn section member in a variety of bands, including King Muskafa; Funkford Family; The Mocking Shadows; GiantSand; The Abramson Singers; and, Dana Wylie. In 2018 Eric released a jazz quartet recording Through Haze featuring the iconic Canadian jazz musician Brad Turner on keys.

In the spirit of our incredible collective effort to flatten the curve, your Yardbird Suite, Edmonton’s premier jazz venue since 1957, is presenting a series of live online performances for the Yardbird Suite Virtual Series.

We broadcast live from the Yardbird Suite. There are no audiences other than the performers and audio technicians who are physically distant, do not share the same equipment, nor come into contact with each other. Every effort has been made to comply with AHS safety guidelines.

If you missed some of the broadcasts, or want to watch again, please visit our Youtube page.