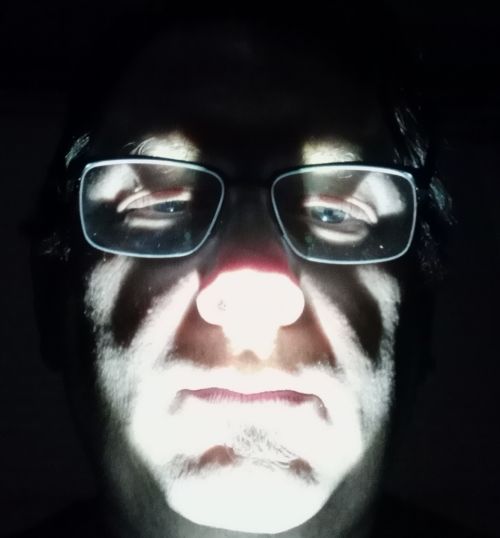 After his departure in 1994 from the seminal Edmonton alternative band The Naked & the Dead, Vadim began to explore his musical roots as well as exploring his Jewish/Russian roots by blending them with folk, blues, and free improvisation. And in 1997, Vadim founded Volatile records as a vehicle for his own and other releases. Frustrated with conventional music making, Vadim formed Vertrek Ensemble with like-minded friend Ron de Jong in 1997. Since then Vadim has collaborated with such notables as Derek Bailey, Eugene Chadbourne, John Butcher, Phil Durrant, Luc Houtkamp (with Vertrek) and Mike Silverman and Shane Stroud (solo).

Currently, Vadim has four ongoing musical projects. All of which are heavily steeped in making music through free improvisation. These projects are (but not limited to) Vertrek Trio/Ensemble (with Ron de Jong and Jason Scott), Heavy Early duo (with Mike Silverman), a duo project with Shane Stroud and Solo projects blending roots and blues music with free improvisation.