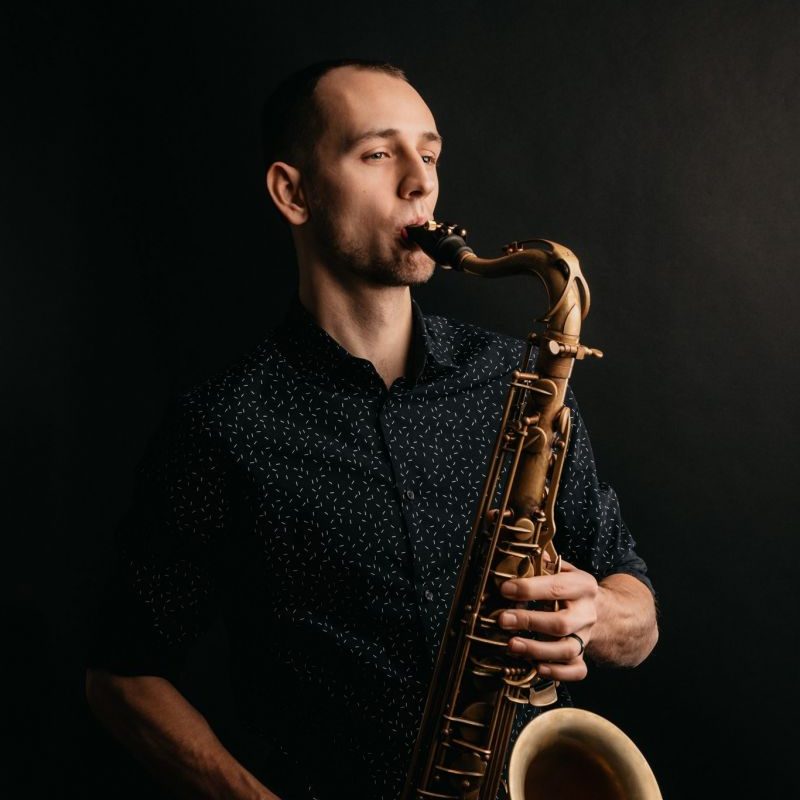 Fred Mack is a saxophonist from Edmonton with a jazz performance degree from MacEwan University.

Fred studied abroad in Finland and Tennessee, and played in the Queen Elizabeth Cruise Liner Orchestra, during which he visited over 20 countries. He had the honour of touring Ukraine in 2019 and has also toured across Canada with his groups Good Nature and Euphoria Band, releasing albums with both. Some of his latest recordings can be found on the new Rare Americans album. Fred’s musical style and compositions reflect the depth of his diverse cultural experiences from around the world. In addition, he draws inspiration from artists such as Sonny Rollins and Bob Reynolds. He has performed at the Yardbird Suite several times with the Edmonton Jazz Orchestra, the Yardbird Suite Jazz Orchestra and the Fred Mack Quartet. Fred is the current director of the Jazzworks Band Festival.