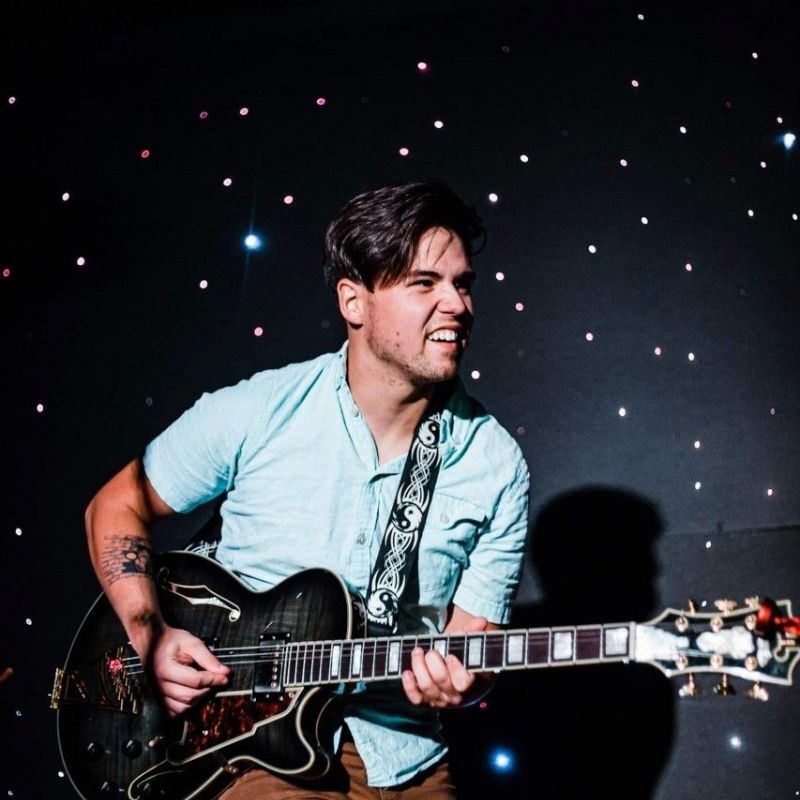 Tiegen Costa is an Edmonton-based guitarist who approaches improvisation with one foot strongly cemented into the jazz tradition.

Tiegen is Inspired by (but not limited to) the likes of Charlie Parker and Bud Powell, both of which he has referred to as epiphanic role models in his musical creations. Costa has graduated from MacEwan University’s Bachelor of Jazz and Contemporary Popular Music where he studied closely under Juno-nominee Jim Head, and has traveled on multiple occasions to study under some of New York’s guitar giants, including Julian Lage, Mike Stern and Yotam Silberstein. He also plays in Down To Funk, and various projects throughout the city.