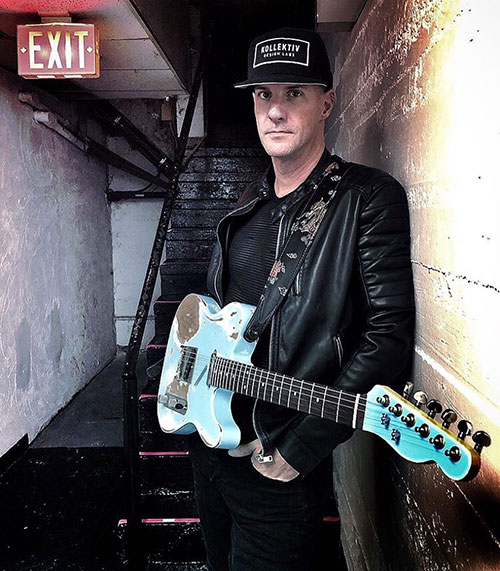 Ryan Davidson is a Canadian freelance guitarist who has performed and recorded professionally for 25 years. He holds a Master of Music in Jazz Studies Performance from the University of North. In 2010, Ryan recorded “LAB 09” with the One O’clock Lab Band for which the group received 2 Grammy Nominations. With the One O’clock, he shared the stage with jazz legends Dave Brubeck, James Carter, Eddie Gomez and George Garzone.

In the country/rock music world, he has performed and/or recorded Gord Bamford, Dallas Smith, Brett Kissel, Dean Brody, Chad Brownlee, Jojo Mason, Meghan Patrick and many more. He has been nominated 8 times for CCMA “Guitarist of the Year” and has took home the award twice in 2012 and 2015. In addition, he could be heard on 2 Juno nominated country records in 2014. Gord Bamford’s “Country Junky” and Brett Kissel’s “Started With A Song” were both nominated for “Country Album Of The Year”.

For the first time, Ryan has been nominated for the Country Music Alberta Musician Of The Year Award this year.

“Black Static is an amazing record that pushes the boundaries of the jazz sound palette“.
-Sylvester Onyejiaka (Prince, Taylor Swift)