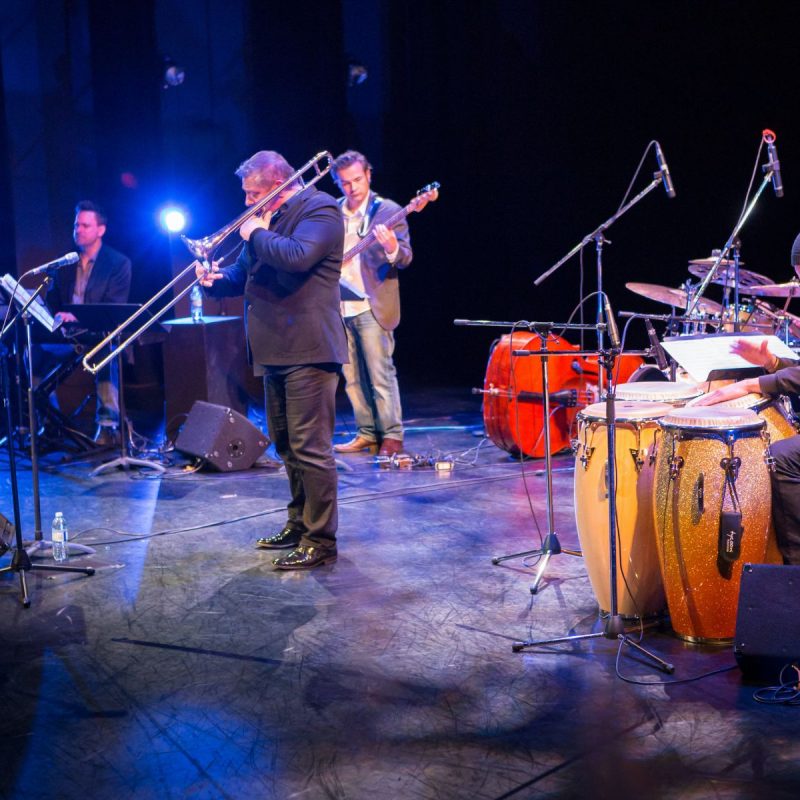 Montuno West boasts an exciting and infectious sound strongly influenced by jazz, Cuban and other Latin styles. A true blend of tradition and modern approaches keeps the band’s sound fresh, evocative, and, most importantly, uplifting!

In 2019 the group won the Calgary Music Award for World Recording of the Year. It was also nominated for a Western Canadian Music Award in the World category.

On April 2nd, Montuno West will be joined by special guest Israel “Toto” Berriel (Vancouver/Cuba). Berriel is a traditional Afro-Cuban percussionist, vocalist, and educator. He played with the world’s best-known Rumba group, Los Muñequitos de Matanzas, for twelve years, where he mastered the Afro-Cuban repertoire. Toto is an exceptional performer and a naturally gifted vocalist with a distinctive sound. Although deeply rooted in Afro-Cuban traditions, he is also comfortable with jazz, soul, and funk. Originally from Matanzas, Cuba, Toto has toured worldwide and has made Canada his home since 2001.