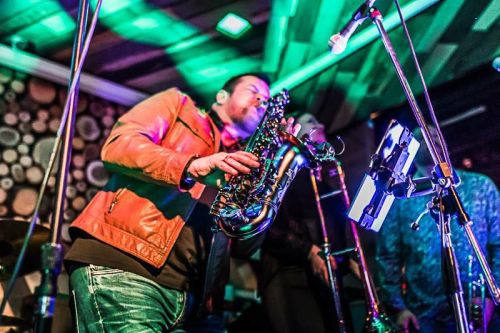 Award winning Jazz, R&B, and Soul Singer / Saxophonist Jeff Hendrick returns to the Yardbird Suite for a special online performance, accompanied by two of Canada’s most gifted players, Chris Andrew on piano and Brendon Lyons on drums.
⁠
Jeff will perform music from some of his favourite and most influential Jazz and R&B influences like Cannonball Adderley, Miles Davis, Stevie Wonder, D’Angelo, and Robert Glasper!⁠
⁠
Jeff has represented the Edmonton music scene both domestically and internationally. He performs regularly around Edmonton and Alberta and has an extensive international following, often performing in the US, UK, and Europe. Jeff has shared the stage with local jazz legends like Tommy Banks and PJ Perry, as well as Canadian and International R&B and Soul stars like Glenn Lewis and Boyz II Men.⁠
⁠
A graduate of the prestigious McGill University music program, Jeff’s three independent CDs have sold over 25,000 copies worldwide in markets like the US, UK, Japan, Europe, and even South Africa. Don’t miss a great night of world class music online!⁠