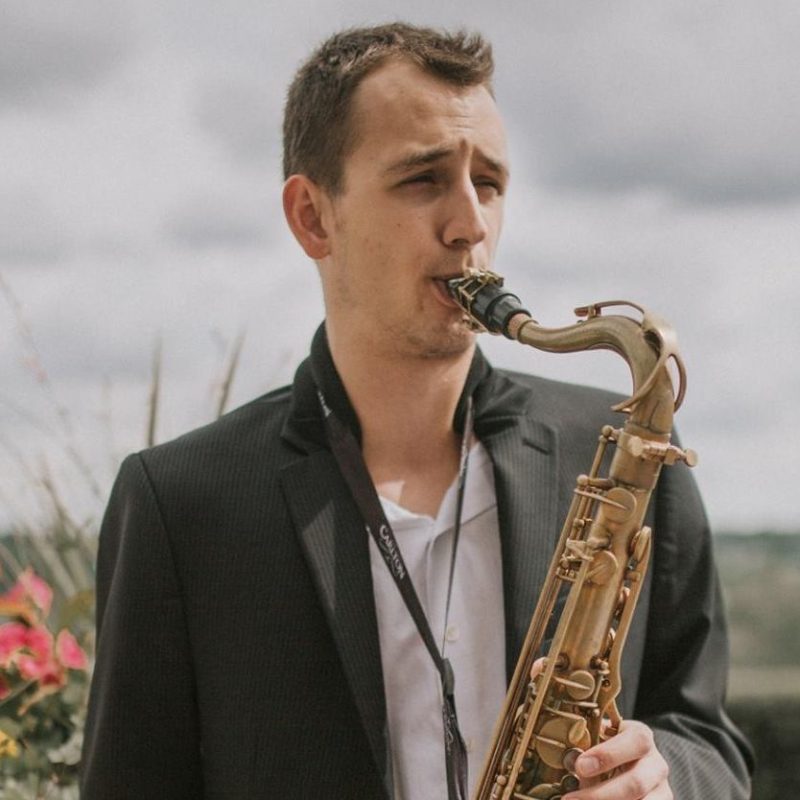 Fred Mack is a Canadian saxophonist and band leader of the Fred Mack Trio as well as member of the band Good Nature.

Known for his work with Good Nature, and the Ukrainian band Euphoria, he is an accomplished performer, composer, teacher and recording artist with two albums under his belt. Fred’s music showcases his melodic improvisational style, memorable song writing, and globally influenced grooves. In 2015, he won “Outstanding Jazz Band Musician” at MacEwan University. His recording on Good Nature’s “Revolutionary People” has gotten radio play across Canada, and the album “Waves” has reached over 50 000 streams worldwide. His band Euphoria has recently completed their first tour to sold-out audiences across Canada. Recently, he has had the honour of performing alongside Juno-nominated bassist Jodi Proznik, and New-York based pianist George Colligan in the Yardbird Suite Jazz Orchestra, as well as with Calvin Love, and the award winning Melisizwe Brothers. Fred has toured Europe, Africa and the Australian continent with the Cunard Queen Elizabeth’s Cruise Liner Orchestra. During this time, he performed with London based singer/pianist Joe Stilgoe, as well as Gordon Campbell (BBC Big Band), Dave Ashley (Glenn Miller Orchestra), and Jay Craig (Buddy Rich Big Band, BBC Big Band).