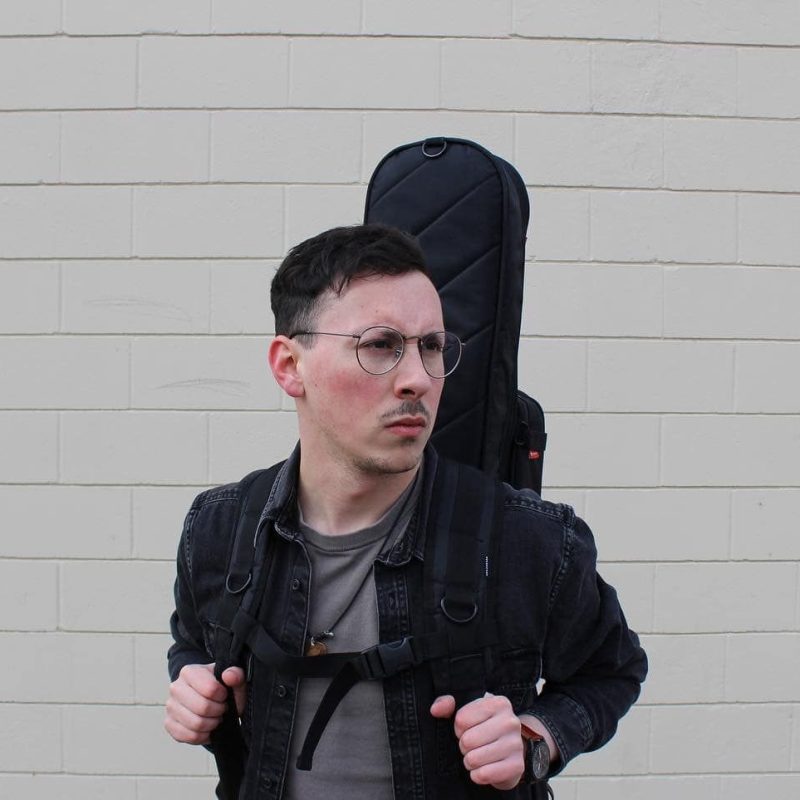 Starting at 16, Konnor was an upright bassist with the Edmonton Youth Orchestra for 3 seasons with multiple performances at the Winspear Centre and the Banff Centre for the Arts.

Konnor was also the bassist and backing vocalist in hard-rock bands Savage Playground and Daniel Martin & the Infamous. Savage Playground had great local success – they were nominated for multiple awards including the Edmonton Music Award for Rising Stars in 2015. Savage playground even opened for Gene Simmons in 2017 at the Northlands Centre. Both bands performed live shows, recorded music, and produced music videos for their songs in which Konnor was part of. Having his feet in both the modern and classic worlds would prove to be a tremendous asset to Konnor’s musical career.

Konnor’s background in a wide range of genres, and his cross-training on both upright and electric bass have given him a unique style and an ear for laying down the perfect bass line in any song. His passion for all types of music coupled with his impeccable performance skills and formal education make him a sought-after musician for live music performance, recordings, and song compositions. Konnor continues to do what he loves best and with that has worked & toured with many great music artists including Arlo Maverick, John Hewitt, Electric Religious, King of Foxes, Nathan Samuelson, & much more!