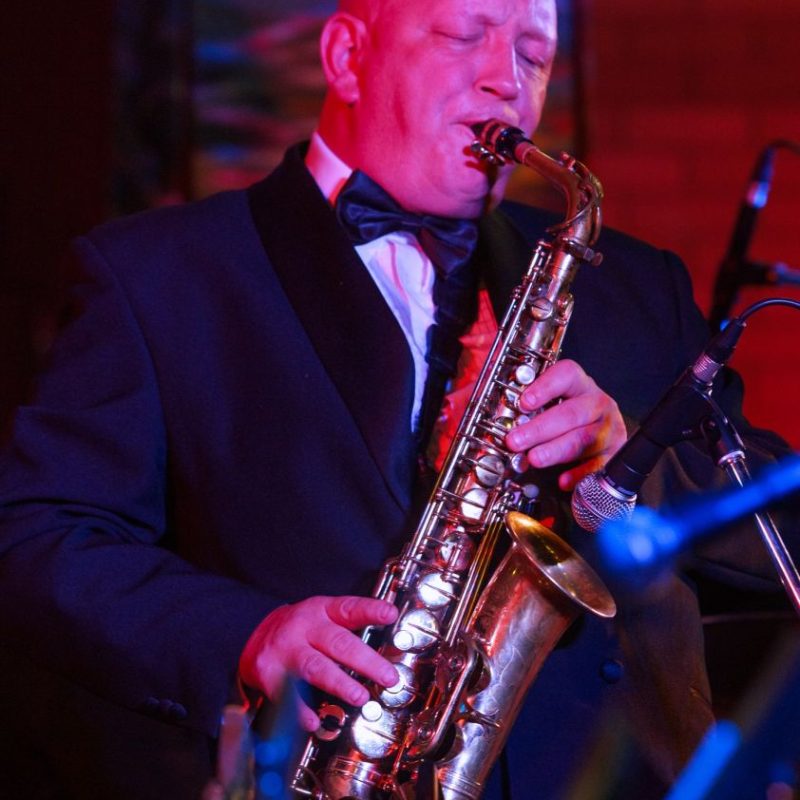 Don Berner’s Saxophone JazzLab is an opportunity for Berner and a number of highly proficient saxophone players to experiment with works that are traditionally considered classical repertoire, transposing the complex melodies and ensemble work into an improvisatory and jazz idiomatic setting.

The quintet also draws on a large wealth of traditional jazz saxophone quartet and quintet material in the vein of the New York Saxophone Quartet and the Miami Saxophone Quartet. The other saxophonists making up the Saxophone JazzLab include saxophone and wind professors from a number of institutions including Allison Balcetis (University of Alberta), Raymond Baril (MacEwan University), Charles Stolte (King’s University, Concordia University) as well as long time stalwart of the Edmonton music scene Robin Taylor. They are joined for this musical exploration by Jamie Cooper (drums) and Sean Croal (Bass), two of Edmonton’s finest rhythm section players. Be sure to join Don Berner’s Saxophone JazzLab for a full frontal sensory explosion of a variety of timbres and toe tapping rhythmic feels!

Don Berner has performed throughout North America and much of the globe at a number of embassies, jazz clubs, festivals, and concert venues. He has happily made a career in Edmonton performing alongside the likes of Tommy Banks, Bob Stroup, Chucho Valdez, Hugh Fraser, and commercial talents Dan Aykroyd, the Temptations, Gino Vannelli and more. He’s played on dozens of recordings, acted as a festival producer, columnist, radio announcer, jazz educator and continues to maintain a busy performance schedule while producing Edmonton’s first fully programmed concert season for professional big band. He was named one of Edmonton’s “Top 40 under 40” by Avenue Magazine and been nominated for numerous other awards.