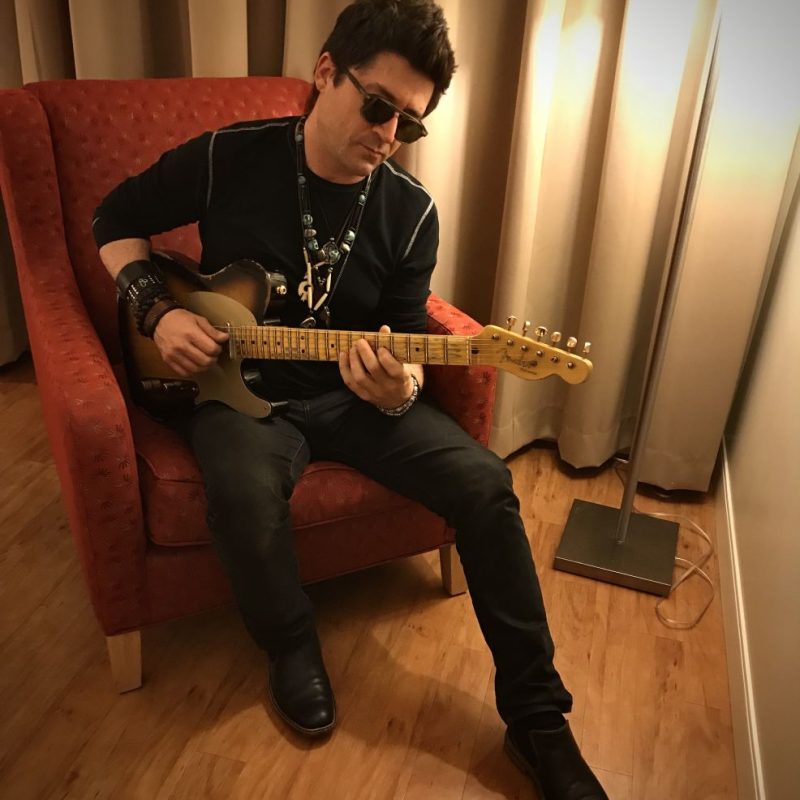 Anthony King has been playing guitar for 38 years. He picked up the guitar at that age of 14 and his early influences are rooted in classic rock and heavy metal.

As a senior at Miami Beach High School, Anthony was fortunate enough to be part of the Rock Ensemble. It was in this arena that director Doug Burris opened Anthony’s musical ears, eyes and mind. After being forced to play everything from Madonna to The Miami Sound Machine, Anthony’s growing appreciation for varied musical genres was now in place. During college, first at Miami Dade Community and subsequently the University of Miami Jazz Program, Anthony was introduced to Jazz and Jazz/Fusion. Enchanted by the sound of Jazz he studied the vocabulary of this music intensely. His influences grew to include Charlie Christian, Wes Montgomery and Pat Metheny to name a few. Having played in bands ranging from blues to Top 40, Anthony commands the ability to move through many musical styles. He has toured with many artists playing both bass and guitar. He also produces music with many artists and 2015-16 saw the release of two full-length albums that he performed on and produced.

Anthony has performed for Carlos Santana on the same stage with Herbie Hancock and Wayne Shorter. He has toured with Martha Davis from the Motels. He has played with Slash from Guns & Roses, and he has recorded for Nappy Roots. He is currently the touring guitarist for Buffy Sainte-Marie and played on her latest album Medicine Songs.

Tickets will also be available at the door if not previously sold out online.
Doors open at 7:00 pm.
Important notice on COVID-19