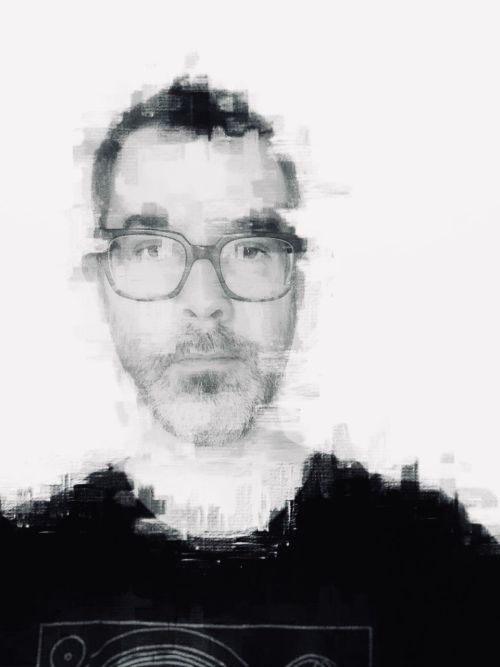 “Abiogenesis” is a 60 minute soundscape piece written specifically for the Fantastic Planet installation in downtown Edmonton in March/April, 2021. The music was inspired by the colossal scale of the giant humanoid figures, taking inspiration from the sounds of vintage space documentaries and attempting to invoke a sense of wonder and reverence for the cosmos. For the Yardbird performance Peter will be presenting the piece with the addition of live guitars and electronics, with visuals by aAron Munson.

Peter Belec a.k.a. Belectronix is an electronic/experimental/art rock artist/producer based in Edmonton, Alberta. Peter’s music keeps one foot firmly planted in the psychedelic rock of the 60’s, while the other remains free to continue exploring new sonic landscapes. Recent works include a 60 minute soundscape piece commissioned as part of the Fantastic Planet installation in Edmonton, and a remix of Spookey Ruben’s ‘When Your Heart Says Yes’ which appears on an EP with Mac Demarco and John McEntire.

aAron Munson is a Canadian filmmaker, cinematographer and multimedia artist. His work has taken him from his personal studio to war zones, high-Arctic weather stations, reindeer nomad camps in Siberia, and the Arabian Desert. aAron’s projects tackle extreme human experiences, both far from and close to home, utilizing film, video, photography and sound to create visual explorations relating to mental illness, memory, and the nature of consciousness.