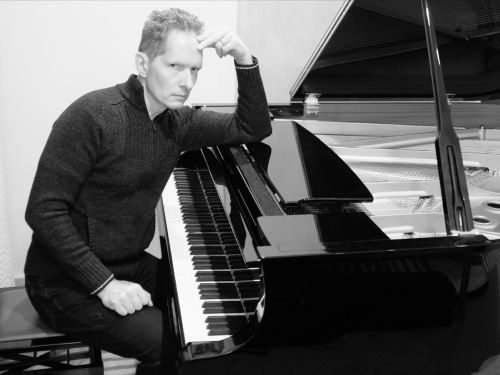 Rob Thompson is a seasoned Canadian jazz piano player. He has been active in the Canadian jazz scene since the early 1990’s. His formal studies include a B.A. in Music (Honours) from the University of Alberta, and a Masters in Jazz Studies (Honours) from the University of Auckland, New Zealand. Rob has shared the stage or studied with American jazz artists such as Slide Hampton, Joe LaBarbera, Lenny Pickett, and Joanne Brackeen. He has also had the pleasure to have worked with several major Canadian jazz artists such as Hugh Fraser, D. D. Jackson, John Stetch, PJ Perry, among many others. During his career, he has had the good fortune to perform in Canada, the United States, the United Kingdom, Mexico, New Zealand, and Australia.

Rob is a versatile performer and has worked as a sideman at the Edmonton International Jazz Festival, the Montreal International Jazz Festival, and the Cervantino Festival in Guanajuato, Mexico. He has also worked regularly with the Edmonton Symphony Orchestra in their Orchestral Pops series. His debut recording, “You and I”, received a warm reception and is now in its second pressing.

Rob is established in the music scene in Western Canada, and currently teaches jazz and modern piano styles at MacEwan University in Edmonton, Alberta, Canada.